About the Pony Pack

History and Evolution of the Pony Pack

In 1984, Rex Greer, an independent truck driver invented the original Pony Pack in order to keep his engine warm, his batteries charged, and his cab comfortable throughout the night without running the truck engine.  The only auxiliary systems available at that time were 110 generator-based and impractical.  He wanted a system that totally integrated with the truck’s own systems so that the truck did not have to be modified in any way.  This made the Pony Pack the only practical solution.

Today the Pony Pack is the best diesel APU option because it is the most efficient and dependable diesel APU that is available. The Pony Pack has undergone multiple modifications throughout its history based on over 30 years of feedback from both independent operators and trucking companies. Today’s Pony Pack outperforms all other APUs on the market. The multi-patented design of the Pony Pack uses the highest quality components. In addition, its unique integrated design provides for ease of installation and maintenance along with advantages over other diesel APUs and gen-sets.

What’s Special About the Pony Pack?

Powered by a 2 cylinder Kubota diesel engine, the Pony Pack has a 110 amp alternator, a heavy duty high quality air conditioning compressor, and aircraft quality abrasion and heat resistant wiring. Its unique multi-patented design makes it the most efficient diesel APU on the market. No other APU on the market can provide the heating and cooling to match the Pony Pack. In addition, if the truck alternator goes out the Pony Pack can take over allowing the driver to get to a repair shop avoiding a costly break down on the side of the road.  If the truck compressor clutch goes out the Pony Pack can take over and keep the cab cool until the truck can get in for repairs.  The Pony Pack’s cooling capacity assures maximum driver comfort even during the mid-summer heat.  In addition, the Pony Pack is the lightest diesel APU on the market which allows for more hauling capacity.  Compared to other APU’s the Pony Pack also requires the least amount of modification to the cab with only a small switch plate mounted within the dash panel.  The Pony Pack doesn’t need nearly the amount of cab or bunk space that many competitors require. 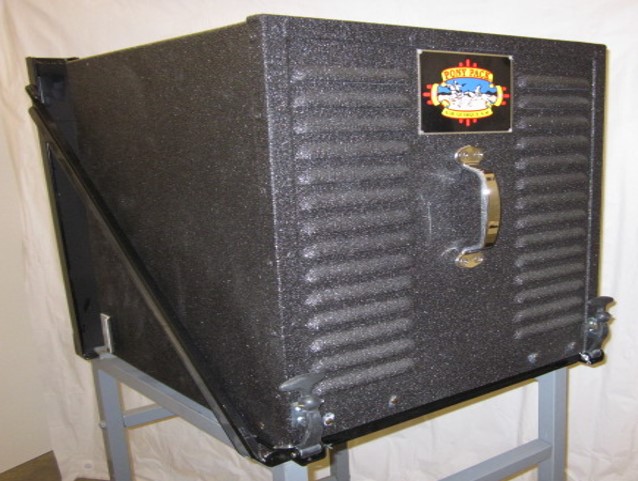 The rugged cover of the Pony Pack is light weight and easy to remove for maintaining the unit. 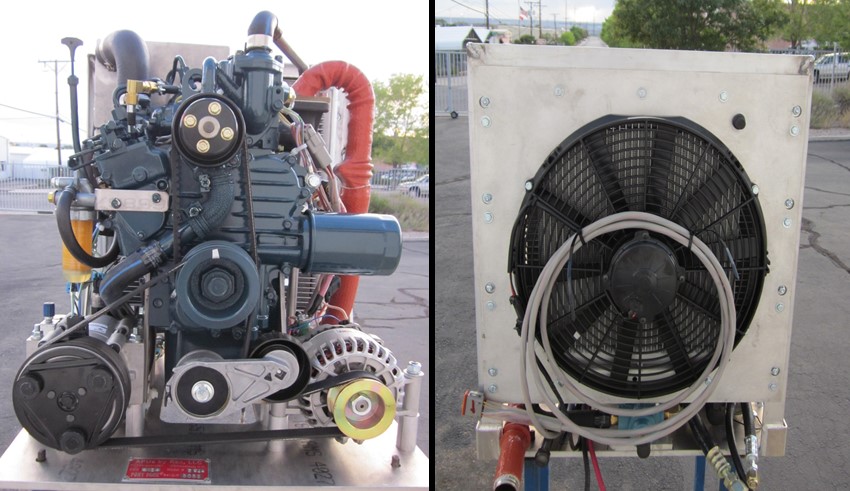 As shown above, the Pony Pack is easily accessible for maintenance, and most parts can be found at any local auto or truck parts store. 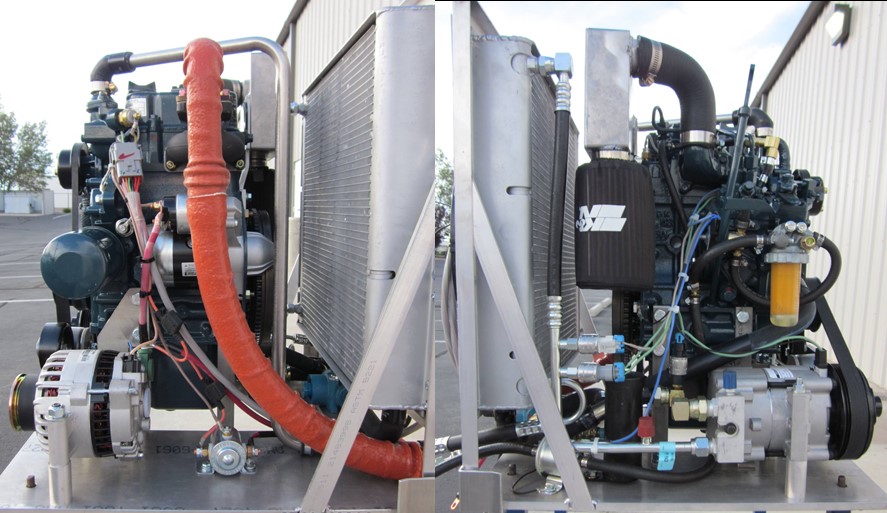 The Pony Pack’s parts are of the highest quality.  The electrical harnesses are of aircraft quality with heat and abrasion protective covering.  All units are fully tested prior to leaving the manufacturing plant.

The Pony Pack was the first EPA Smart Way verified anti-idling device for long-haul trucks.  Special financing and/or grant money may be available through a variety of sources including the Clean Cities Program through EPA Smart Way as the Pony Pack is a Smart Way Transport Partner.

The Pony Pack is protected by one or more of the following patents:

Dimensions of the Pony Pack 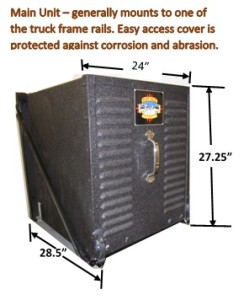 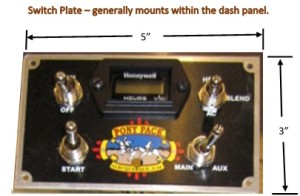 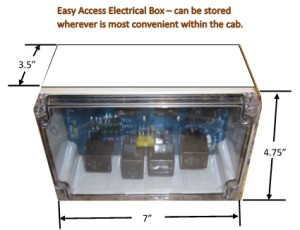